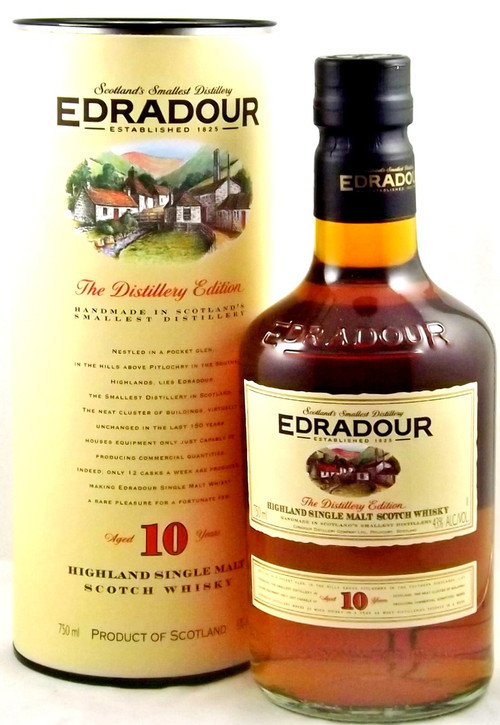 Nestled within the idyllic highlands of Scotland, the Edradour Distillery boasts a history as rich as the lore behind the birth of Scotch whisky.

Prior to the 15th century, whisky was known as “Uisge Beatha” or “the Water of Life,” believed to have medicinal properties. The high demand for whisky led to high taxes on production of the liquid. Instead of paying their duty, many highlanders produced whisky on a small scale, in one-pot stills, illegally.

The Excise Act of 1823 changed distilling for Scotch whisky by reducing taxes and licensing costs, making the legal production of whisky a more profitable endeavor. Thus in 1825, the illegal still of Edradour became Edradour Distillery, officially founded as a farmer’s cooperative tucked in the heart of the picturesque Perthshire village. Today the original still remains, quietly producing the world’s only handmade single malt whisky.

Edradour, world renowned as the smallest traditional distillery in Scotland, produces over 25 distinctive expressions of Highland Single Malt Scotch whisky.
The company stands passionately behind the authenticity of its small-scale production and, despite demand for the wonderful characters and flavors unique to the Edradour brand, has no plans to sacrifice greatness for modernity.

Experience a centuries old whisky that has been untouched by time with Edradour’s signature Highland Single Malt.

Edradour 10-year-old Eastern Highlander is a rather unique single malt that is aged in a combination of Oloroso Sherry and Bourbon casks that is a decidedly rum-like dram with a thick mouthfeel. Chillfiltered at 40% ABV.