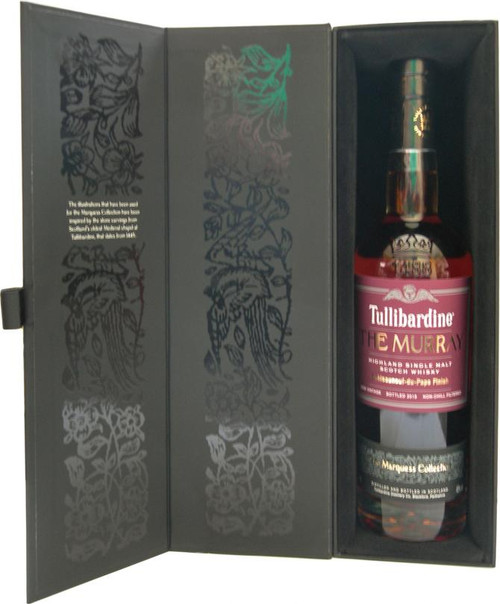 This marks the second release in Tullibardine's Marquess Collection which is named for Sir William Murray, 2nd Marquess of Tullibardine. The single malt was distilled in 2004 and bottled in 2017 with initial maturation occurring in first-fill bourbon barrels. The whisky was then re-casked into former Chateauneuf du Pape red wine barrels from southern Rhone in France. The whisky is non chill-filtered and is bottled at 46% ABV.