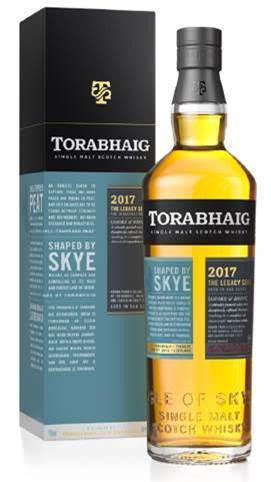 The Distillery at Torabhaig is the second ever licensed Single Malt Scotch Whisky distillery on the Isle of Skye. The Excise Act of 1823 first sanctioned legal whisky distilling in Scotland almost 200 years ago, with the first license on Skye being granted not long thereafter, so one could say it was about time.

Single Malt Scotch Whisky is inextricably linked to its place of origin, perhaps more so than any other product. The water, the land, the climate, all play a role in the character of the whisky. All these factors are also vitally important in planning a new distillery. Simply put, you cannot just build a distillery anywhere.

Some time ago, the old farmstead at Torabhaig was identified as the perfect location for a small, traditional distillery. All the factors needed to make good, robust island whisky were in place, right down to the Allt Breacach and the Allt Gleann, the burns that feed the distillery with the purest island spring water. They started with a handsome, rugged building, rich in history and local lore. 200 years or so ago, the stone that forms the building was hauled up from the ruined castle in the bay, by horse and cart. Men toiled from dawn till dusk building this Steading which was to stand the test of time for the next 150 years or so until farming practices changed.

The 19th century building has now been fully restored to hold the gorgeous copper stills and traditional wooden washbacks, they even built in a roof that can be removed so that in time the pot stills can be replaced without disturbing the old building again.

After a painstaking 4-year restoration and build, Torabhaig has been a fully operational Single Malt Scotch Whisky distillery since January 2017, the second ever on the Isle of Skye