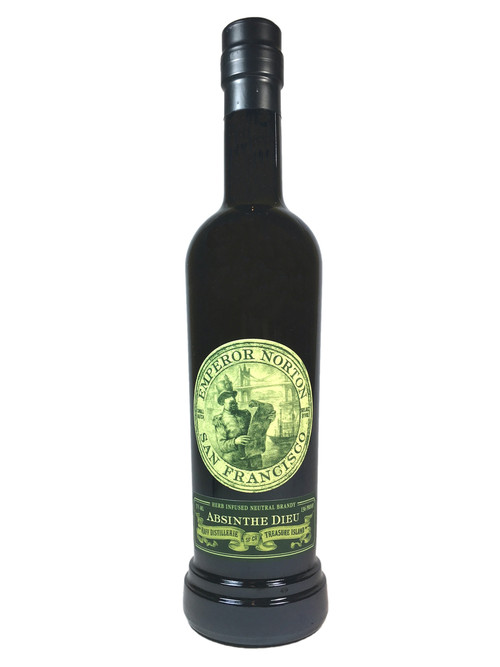 Emperor Norton Absinthe Dieu was named after Joshua Norton, self proclaimed Emperor of the United States. He lived during the late 1800s in San Francisco and was basically a drifter.  He roamed the streets of San Francisco dressed in part Union and Confederate uniforms.  He was also known to make his own money which was accepted by shopkeepers.  He is credited with proposing the Bay Bridge and Transbay Tunnel.

Raff Distillery is located in the heart of San Francisco bay. Carter Raff who is the master distiller at Raff  Distilleries on Treasure Island uses brandy made from 100% California grapes and is distilled with fine herbs.  This particular absinthe is representative of the spirit served in Paris over a century ago.

Note - this listing is for the 375ml. 'miniature' bottling.